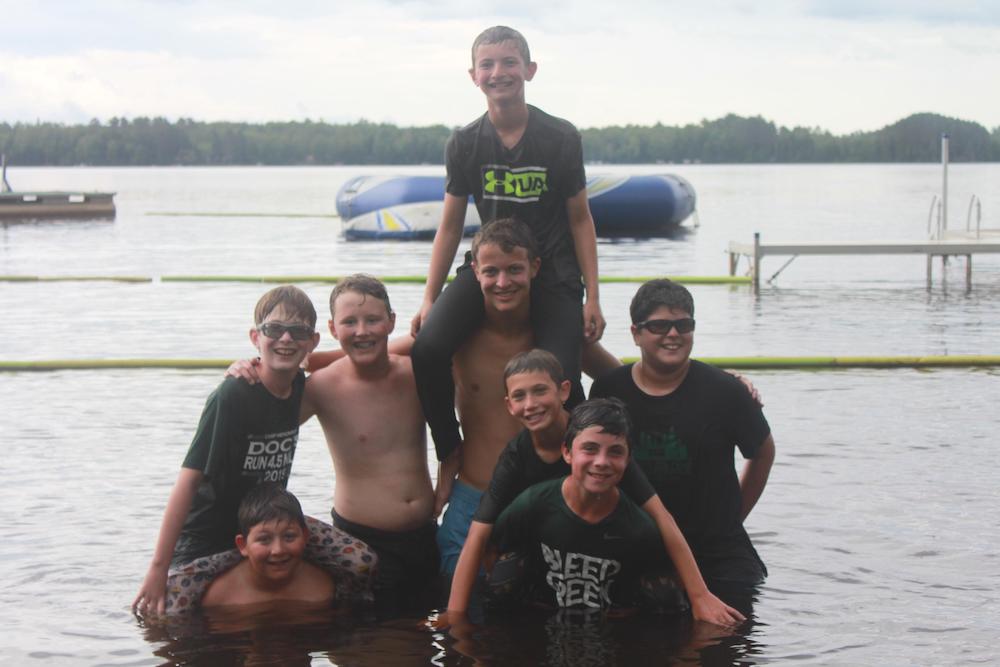 Tonight on the pod I am joined by….well, myself. I’m solo tonight folks. We finished our final awards of the night just before midnight, so I am going to give the rest of the staff and campers a break from the pod and I will handle this one. Let me start by saying this: I LOVE this camp, I LOVE this group of counselors and I LOVE each and every camp that comes to Menominee. Tonight I am going to go through the day at camp, recap our TLL playoffs, talk about our Banquet dinner, and breakdown the awards given out. Then, I will talk about how we chose our Junior and Intermediate honor campers and tell you why Gavin Bramwit is a spectacular choice for the Nate Wasserman Award this summer.  Finally, I will share some closing summer remarks, dole out some well deserved “thank you’s” and talk about what truly makes Menominee special.

Woody’s Word – What a Great Summer!

‘The only place where success comes before work is in the dictionary’.  Vidal Sassoon

Was that the fastest summer ever? Where did it go? It seems like just yesterday that we were starting out and welcoming everyone here, and now it is just a wonderful memory. But what a memory it is. We did so much and met so many new people here, that it’s hard to know quite where to start when recalling it all.

Why don’t I go back to early June when the first session got underway. Once the cool of spring had departed, it was sunshine all the way. We were blessed with good weather this summer, and it showed both in the sun tans that most of us came away with, and the brown grass (that would love some rain right about now). First session is always different from second session both in terms of the boys we have here and the things we do. This year we did have 60 eight weekers (which was great by the way), so we did enjoy a degree of consistency from one half of the summer to the other.

Second session was packed, at least for the first two weeks. We had record numbers and that made for a great experience for everyone. The noise and the excitement in the mess hall and Wasserman Hall was terrific. The more the merrier I say.

A good many of those boys were new to camp this year. At least 65 campers enjoyed their first Camp Menominee summer, as did a number of staff members. And a good number of those have already signed up for next year. Camp would not be camp with the people who come here. And the most important people are the campers: after-all, there would be no camp without the campers. And there would be no campers without you guys, the parents. So it is to you that we must all say a great big thank you for sending your boys to Menominee this summer. Not only are you sending your boys to summer camp (a great summer camp we would say), but you are enabling us to continue to keep the camp fire(s) burning. The new guys learn the old traditions and songs and the ways of camp, and they, in turn, will help teach the new boys of tomorrow the same. In this way camp is both able to grow and continue doing what it has been doing since 1928. That’s right; we have been here a long time, through good times and bad, and a lot of what we do has been around since way back when. There’s something reassuring about that I think. It is why so many alumni come back and are amazed that not much has changed, that Green and White is still a thing, that the competition with Kawaga still happens. The cabins are as they were in the 1940s, and we still eat in the same mess hall (the best mess hall in the Northwoods). I love it that we are simply doing what many thousands have done before us, while paving the way for the many thousands who will surely follow in our footsteps. And it’s all thanks to you, the parents, for choosing to send your boys to Camp Menominee.

I’d love to do it all again next summer (I’m already signed up). Let’s all help keep those camp fires burning, because when we do we know that all will be well, so that we can all safely rest.