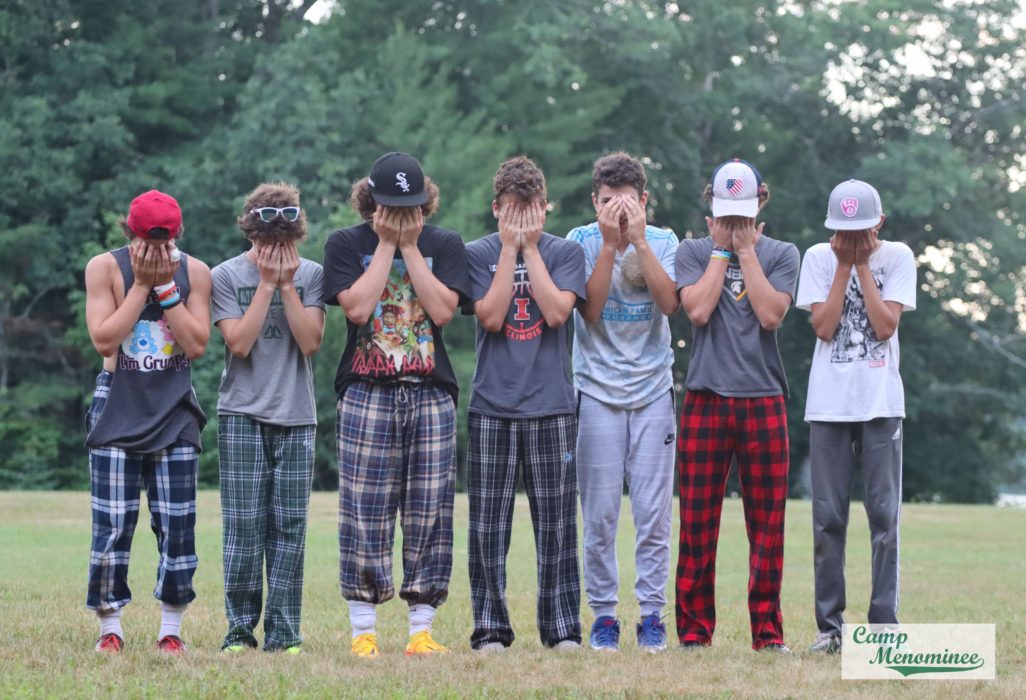 Well that was tempting fate. No sooner had I said that I would endeavour to get this written every night, then the very first night of the very first full day, the gremlins struck. I’m not superstitious, (gods, fairies, monsters….pah!), but really. Anyway, here I am, back at the controls and ready to bring you up to speed.

We finished yesterday with a storm and torrential rain. It rolled in toward the end of Twilight League, and never let up after that. By the time we wanted to do Canteen (our daily sugar/sweet rush), the rain and lightning were such that there was no way the boys could come out of their cabins. Instead, we took the Canteen to them. We couldn’t even get together after that in Wasserman Hall, as the rain continued to fall. So on this very rare occasion, we had to end things there and then and simply play Taps over the PA. It was a sad end to the first day of second session, but, as I pointed out earlier in the summer, we are at the mercy of Mother Nature, at all times.

We fared better today, as the sun shone and the mercury was way up in the 80s. Today looked much like yesterday, which is to say we had plenty of instructional in our Big Ten morning programme, followed by league play this afternoon. We have, as you know, an emphasis on fun here, but we have to mix that with some learning, and that comes in the form of the Big Ten instructional. We have two of those periods in the morning, on most days of the week, and this is where the boys sign up to do what they want to do. We do not make the boys play any sports they do not want to do (unless the parents request it), so they are free to choose what to do. This gives them a degree of responsibility and accountability, and serves as another opportunity for them to learn how to take charge of their lives.

We are finishing this evening with the Senior Cabin teaching the younger and newer campers the camp songs. This will act as a primer for Song and Cheer night, coming our way this Friday. Right now, the boys are about to sing Taps on the basketball court, and that will be the end of another day. It should not surprise you to know that all is well, so safely rest.