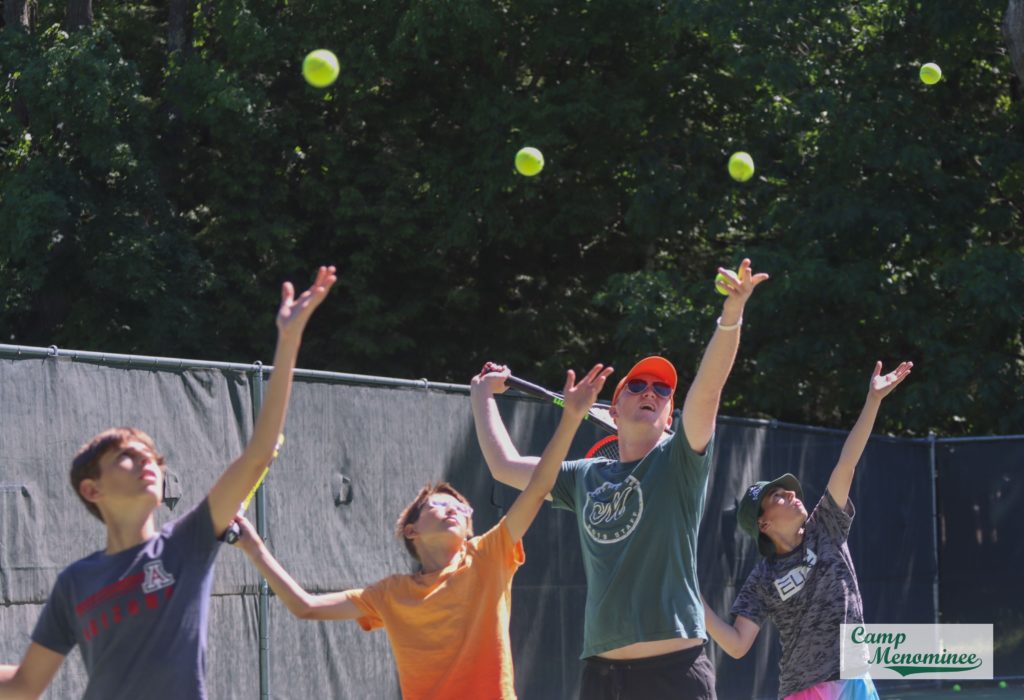 Another beautiful day here at the Friendly Confines. It’s just as well there is a change in the weather, or some people would be unable to start a conversation. haha. But seriously folks; it was beautiful today. A little fresher, which was better, but hot sunshine none-the-less. All this great weather meant that the waterfront was doing overtime this afternoon. It was great to see it so busy, although probably not so great if you were a lifeguard on duty.

Before we got to afternoon General, though, we had a pretty normal day. Big Ten and King of the Camp. Let me tell you a bit about King of the Camp. There are four teams, each with their own colours and jersey – Phoenix, Thunderbirds, Dragons and Knights – and the campers are divided between the teams. They play every afternoon, two rounds of sports, a major and a minor, and there will be a trophy at the end of the session for the winning team. The boys really get into it. They all support one another in the team effort in pursuit of the trophy. Unlike Twilight League, which is exclusively softball, King of the Camp involves many sports, so this gives more boys the chance to shine in something they are good at.

This evening, we changed things up a bit. We went straight from dinner (well almost) into our first skit night of the summer: Soccer Celebration! This time we did the skit in a very different fashion, in as much as we went out to the actual soccer field, and scored a real goal and then acted out the celebration right there on the field. We are trying to stay outside as much as possible this summer (and the weather is certainly allowing us to do that), and this particular skit night was tailor-made for just that.

After Canteen – which was at a much more reasonable time this evening – we had the Senior cabin lead four different groups of campers in learning the Songs and Cheers, in preparation for the real Song and Cheer night on Friday evening. It is essential that the boys learn the songs and cheers so that those who stay for Green and White (our colour war in the second session) know what to do and what to sing when it comes to the singing part of Green and White. But that’s a way off yet. For now, though, as the camp is wrapped in a giant, warm, black blanket tonight, please know that all is well, so safely rest.