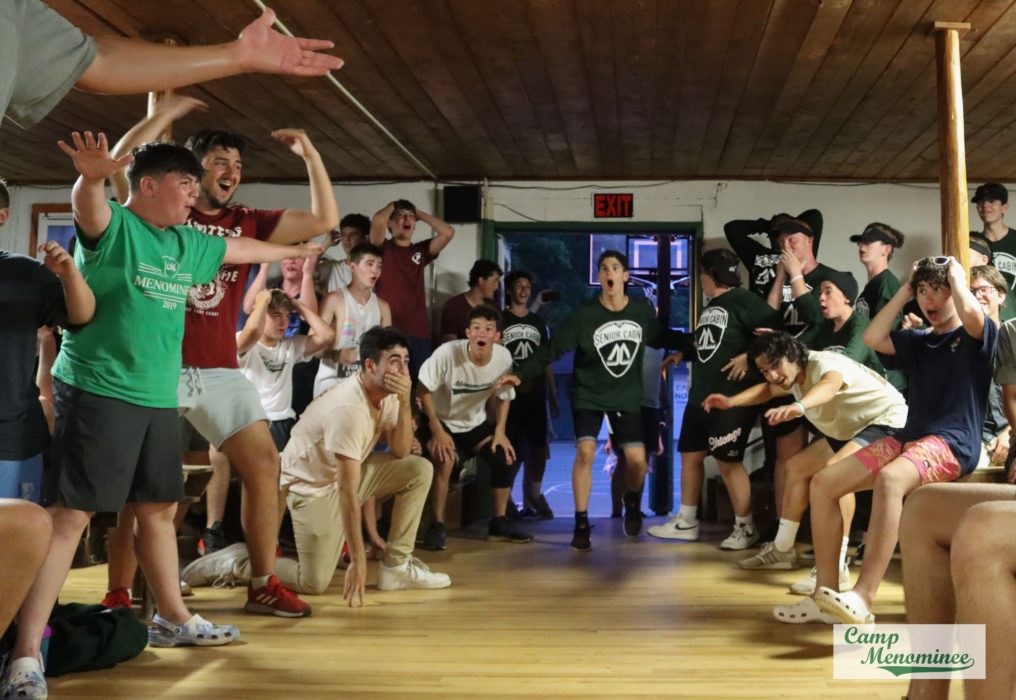 “Don’t judge each day by the harvest you reap, but by the seeds you sow”. Robert Louis Stevenson

We have just come out of the Rec Hall (aka Wasserman Hall in memory of former owners Alan and Elaine Wasserman), where we experienced Song and Cheer Night. This is always a camp favourite as it allows the boys (and staff) to really let loose and go a little crazy. We like to sing here at camp, and this is an opportunity to learn the words of the songs. We have been singing these songs, certainly for as long as I have been here, and well before that, too. They help form the heart and soul of what we do here. They are a way of connecting everyone in a common purpose, and while they might seem strange at first (and there are a lot of words to learn) they soon become part of everyone’s essential being.  With almost 200 people under one roof, the atmosphere was loud and hot and exciting: just the way we like it.

I blew Taps 15 mins ago, and the little guys are already asleep. Cabins 3, 4, 5 and 6 are the Junior cabins for the first session, and they get wiped out pretty quickly, even after a camp fire like that. However, they will also be up early, such is the biological clock of a 9/10 year old boy. But whether we go late or start early, camp is camp for everyone, no matter what biological clock is ticking.

We’ve been here for four days already (well four and a bit really), but it seems much longer. It’s just so easy to get lost in what we do. The outside world almost ceases to exist as we go full steam ahead with everything we do here. And we did a very normal day today, before the wild campfire in Wasserman Hall. Something else also happened today, and it would be remiss of me not to mention it. It rained!! That’s right folks: for a brief few minutes late this afternoon it rained, and that hasn’t happened for over a week now. It was one of those cooling down showers, laced with a little thunder. It went as quickly as it came, and now all is well, so we can safely rest.