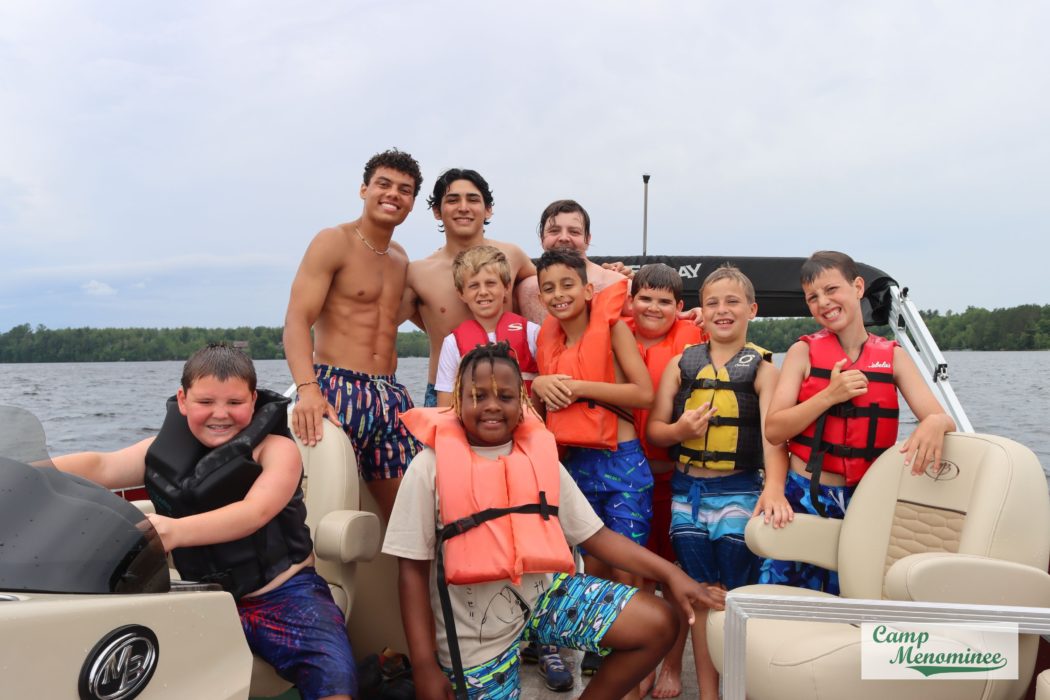 My apologies for the late post, but we were socialising last night with the ladies from Chippewa, so by the time we had shuttled everybody back (while dodging the rain), it was late and I was spent. But here we are on Sunday morning, with a stiff breeze in the air, and a cup of coffee to hand, and all is right with the world.

Today is Lazy Day Sunday. I say lazy, but it’s not really. We don’t really do lazy at camp. The boys (well some of the younger ones) were still up at 7.00 this morning despite the fact that we don’t wake the whole camp up until 10.00 today. That’s right: we lie-in until 10.00! Breakfast is open for those who want it (and most do, btw), but some of the older boys and CITs – and certainly the counsellors – will take full advantage of the extra hour in bed. And why not: we’ve been working hard this week. Yes, one whole week already. It’s hard to believe that the boys arrived last Sunday. Where did that time go?

Yesterday morning we did the all-camp picture. This is not the picture that will hang forever more in the Mess Hall (we do that one at the beginning of the second session), but we did want to have a collective memory of all those who can only come for the first four weeks.

So one week in, and all is well, so safely rest.