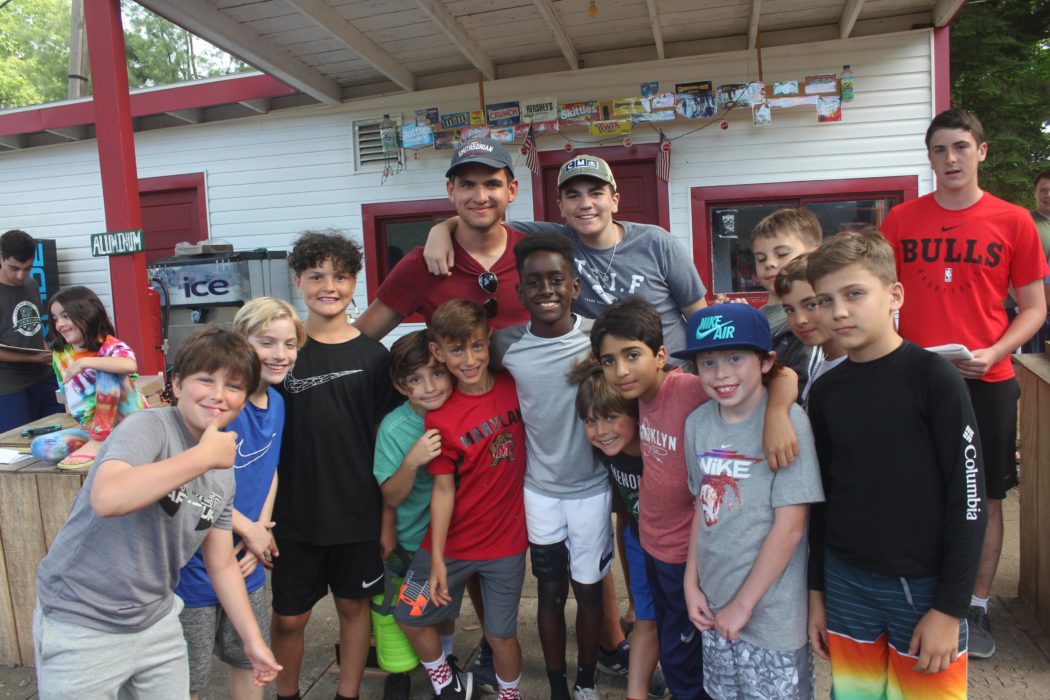 On this very high energy episode of The Word, Jason sits down with some of the boys in Cabin 16 to recap a phenomenal day at CM. We introduce Twilight League, King of the Camp and share our Big Ten instructional activity highlights. Then Jason takes a verbal beating for getting rid of the soda at camp…

‘You will become as big or as small as you want to be. You will be as educated as you choose to be, and as successful as you desire to be’. James Allen

Our first full day of this summer season, and what a day it was. The weather has been kind to us (although if it had not, the show would have gone on regardless, because that’s how we roll here). We kicked off with Big Ten, our instructional programme. We do two of those in the morning, and it’s about as serious as we get here. It is, as it says on the tin, instructional. Our aim is to actually teach the boys how to play the sports they have signed up for. They choose the sports they want to do, so it could be that they are reasonably proficient at them already. So if they’re not learning then they are improving on their existing skills. And we can all do that can’t we. Even the best athletes in the world have to train and hone their respective skills. Contrary to some widely held beliefs, no-one is born a genius at anything. Everything has to be learned, and some learn better and faster than others. So it is with ‘our’ boys here at camp.

From what I could see as I walked around this morning, there was a lot of learning taking place. This will be a good thing come competition time. General is the last thing we do in the morning. It is, as the name suggests, a time when the boys can do whatever they want. Well almost. We discourage sitting in the cabin, although they could sit outside and read a book if they so choose (and we do have a lot of readers here: I’m one of them). Ideally they are out and about trying something new perhaps, or continuing with  whatever Big Ten activity they’d just finished. It’s their time to do their thing.

After lunch, with the sun still high in the sky, we got into King of the Camp, our intra-league competition. I will explain more about that in the days ahead, but for now just know that it is competitive and exciting.

The fun continued with Twilight League (TLL) this evening. This might be the oldest competitive competition we do here at Menominee. It might also be the most widely anticipated event. There is always a big drama attached to the opening night, and we were not disappointed this year, as the TLL commissioners surprised everyone by appearing from the Canteen quite unexpectedly.

As if all that was not enough, Canteen got underway after TLL. We have changed Canteen up a bit this year. We are going healthy! On alternate nights we are going to offer some healthy snacks and fruit, while the other nights will be the more traditional canteen style candy. But we are getting rid of the pop machine! No more soda! We are going to try Bubbly (flavoured water) instead and see how the boys like that.

To end this exciting day we finished in Wasserman Hall with Song and Cheer night. Every camp has songs and cheers, and we are no different in that respect. We encourage the boys to learn the words of all the songs, so that the camp tradition will be carried forward with the next generation.

And as I end this edition of the Word, I can look out across the still, calm lake and tell you that all is well, so safely rest.