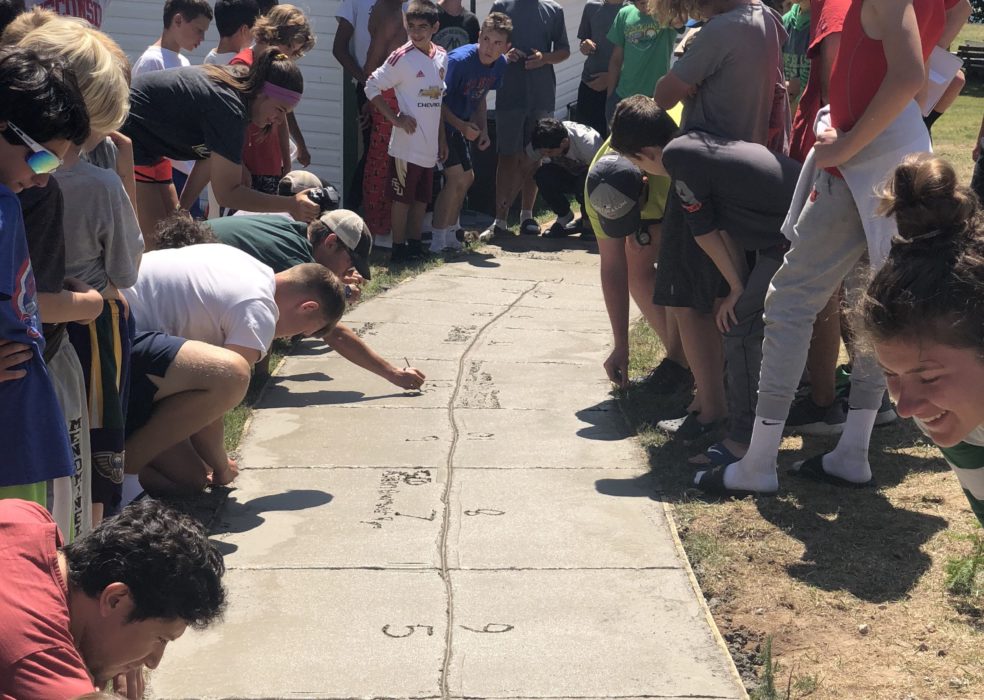 On the pod tonight we are doing double duty! On our first segment I am joined by Jory Weiss from Camp Marimeta for Girls. During tonight’s social we take a break to talk about all the great things going on at Marimeta and Menominee this summer. I also get some much needed support from Jory’s brother and cousin Isaac and Brett Weiss, and CM counselor Zeke to defend Sand Lake against a verbal beat down! All was friendly after that as Jory broke down the awesome things going on at the Marimeta waterski program and shouted out some worthy campers and counselors. But wait, there’s more! After that Andrew Morris and birthday boy Benny Goldberg come on the pod to talk about the first full day of Green & White events and give us a G&W score board update. What a day at camp, you don’t want to miss this ep!

Our colour war is officially underway. After the breakout at The Way last night, the games started this morning. First up was the campers’ favourite, Vroom. It’s a game of squirt guns and running and looking for flags hidden in the woods. The boys love it, even if I don’t fully follow what is going on. It takes a while to complete – one hour, plus the changeover – so that’s all we had time for this morning. And it was the Greens who got the first win of this year’s competition.

After lunch we had to sign the cement. Every year we create some new concrete so that the boys can sign their names and be memorialized forever in the sidewalk. We had to move quickly once the cement was down and laid as it was drying fast in the beautiful weather. This might have been the perfect weather for the concrete, in truth: not too hot and no rain at all.

With that done it was back to the competition with three more events this afternoon. Circle Dodge Ball, Rug Pile and Shoe Scramble. All of them went to the Green team, while the Cheer Off went the way of the Whites. So it’s 4-1 Greens this evening.

Right now the boys are socializing with the ladies from Camp Marimeta. We have invited them here for a Mardi Gras themed affair, and they are all into it, it would seem. It’s a great night for it: cool and clear.

The CITs headed off on their trip this morning, so we are having to make do without their input until Thursday afternoon. But we have plenty to keep us busy in their absence, not least of all Green and White, which we shall have more of tomorrow.

It’s all Green and White and all is well, so safely rest.