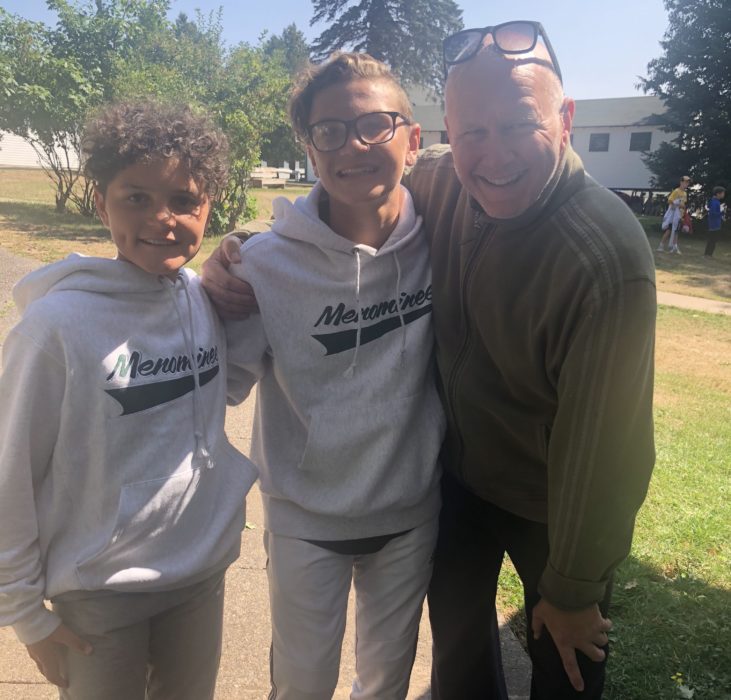 On this very special episode of the podcast, I am joined by Cabin 19 residents Zach Meyers and Jake Topel to recap a full day of Green & White activities including a major White Team comeback with wins in the Counselor Hunt, Creatively Acquire the Energy Source and Mannequin Madness. We also discuss how Woody was found for the first time in 29 years during the Counselor Hunt, and look ahead to all the great things to come the rest of the week.

‘I tell my boys that we didn’t lose, we just ran out of time’.

The Whites are coming back. They won Creatively Acquire the Energy Source this afternoon, after also winning the Counsellor Hunt this morning. Every counsellor hides somewhere on camp (not in or under buildings, or in cars) and the boys get half an hour to find them all. Each counsellor is worth so many points, and these points relate to the number of years they have been at camp. Jason, for example, would be worth 17 points, and yours truly would be 29, so we would be worth finding. I, however, have not been found before: at least until today. That’s right, my favourite hiding spot has been exposed! Two guys from the Green team found me 20 mins into the game. I thought I was safe for another year, but my luck ran out.

So the score is now 4-3 Green team, and it could be 4-4 before the night is out. Right now the boys are in Wasserman Hall playing Mannequin Madness, a strange kinda game where the boys have to dress a human mannequin in a style of their choosing, and explain what they have done. They have 4 mins to do it in, and three mannequins to dress. It’s an easy and fun way to end the day, a day that has seen a lot of sun and a lot of energy expended.

We also managed to get a few Twilight League games in this evening! It’s just non-stop.

But all is well, so let’s all safely rest.