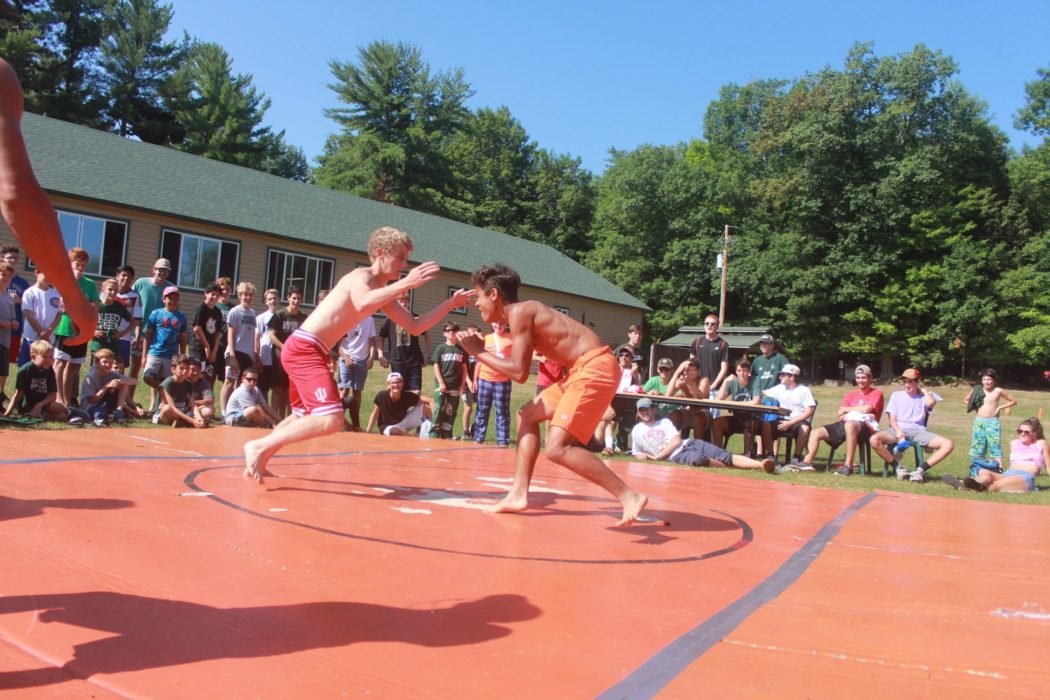 On this Green & White relay edition of the podcast I am joined by victorious White captains Jack Forman, Jack Kaplan and Dylan Schwartz. We break down the entire all-camp relay, as well as look back at a great Green & White competition which was won by the White team 2000-1750.

What a day for the White team. Although they lost the wrestling (an event left over from yesterday), first thing this morning, and thus the Green and White Field Day competition, they could still come back in the Relay. And that’s exactly what they did. Both teams reached the fire-pit at around the same time, but it was the White fire that boiled their water in record time, which meant that they just had to get their water-filled balloon up the hill and to the flagpole without incident, and the overall competition would be theirs. They struggled with the balloon at first, dropping it and having to re-start on a number of attempts. But they soon got the hang of it, and up they went. Meanwhile, the Green team water would not boil, despite a good fire. Eventually it bubbled over, but by that time the Whites were almost at the flag. And so, in a time of 2 hours and 57 minutes, the Whites won the Relay and Green and White for 2019. I’m pretty certain that this is the fifth year in a row that the Whites have won. That’s some dominance. Well played everyone!

This evening we started the Twilight League Championships, getting the first of a series of games in before concluding tomorrow. And then that will be that.

Right now we are doing Canteen. We will then have a quick get-together in Wasserman Hall. Most of the boys (including cabin’s 3 and 4, the ‘little’ guys) are pretty tired after a busy couple of days, although that won’t stop the Senior’s from playing their basketball under the lights after Taps. And then, eventually, off to bed for the rest of us.

It’s about 36 hours before we have to say goodbye to everyone, and all is well, so safely rest.