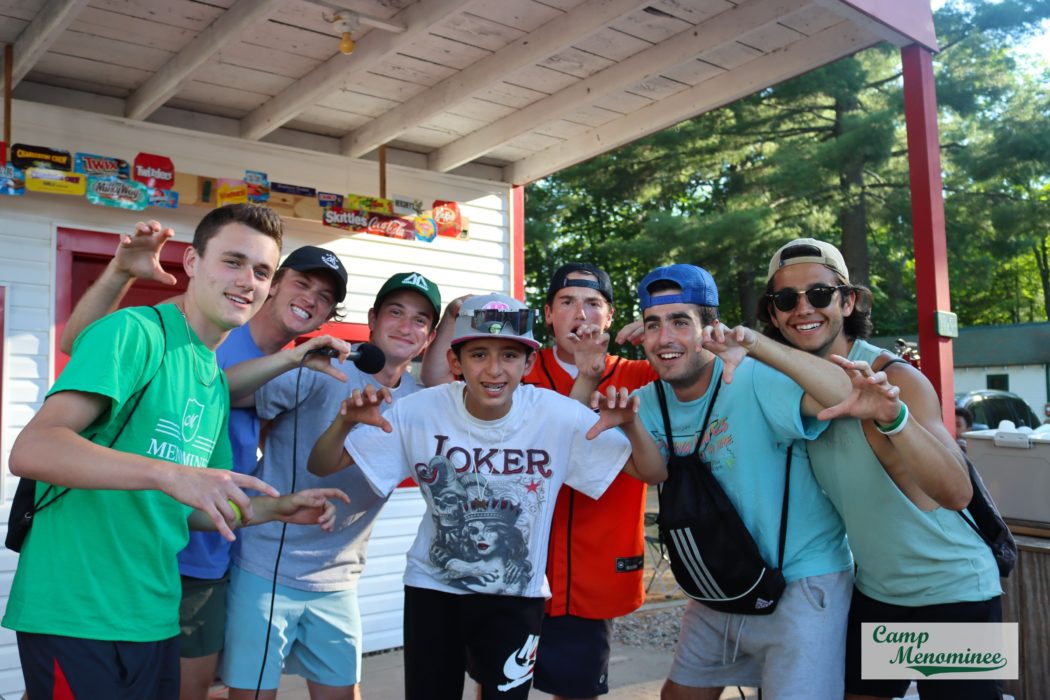 “When Michael Jordan retired from basketball, a reporter asked him why he thought black players now dominated the NBA (pre 1950 there had been none). He leaned forward from his chair and said, “we practise hard and lots!”.

Today was King of the Camp afternoon: and by that I mean we played a new game that involved all four KoC teams simultaneously. The boys seemed to love it (and for once it did not involve squirt bottles), and their thoughts on the matter, matter. We want them to have fun as they race around the camp grounds, and this time they were doing it as they searched for ancient relics. I’m not sure, at this juncture, how things panned out, but we will find out tomorrow.

And tomorrow, of course, is Lazy Day AND Town Day! We will head to Minocqua after lunch where we will spend the whole afternoon, and then into the evening to watch the ski show. It’s out first Town Day since 2019, so everyone is excited.

We played Twilight League after dinner tonight, and it was, once again, another beautiful evening for it. We’ve definitely lucked out with the weather of late (and I haven’t mentioned that in a while). But here’s something I do want to mention. I’ve just read an article in the Wall Street Journal entitled, “The Life Lessons of Summer Camp”, by CM alumnus, Rich Cohen. Rich talks about the important lessons that can be learned at camp, and why camp is something of a paradise away from the big city, and away from technology. Please give it a read and see what you think. I have read some of Rich’s other musings, and I find he always has something interesting to say, not least about his old camp here on the shores of Sand League. I think Rich would be pleased to know that things are as he would like them to be right now at camp, and that all is well, so safely rest.