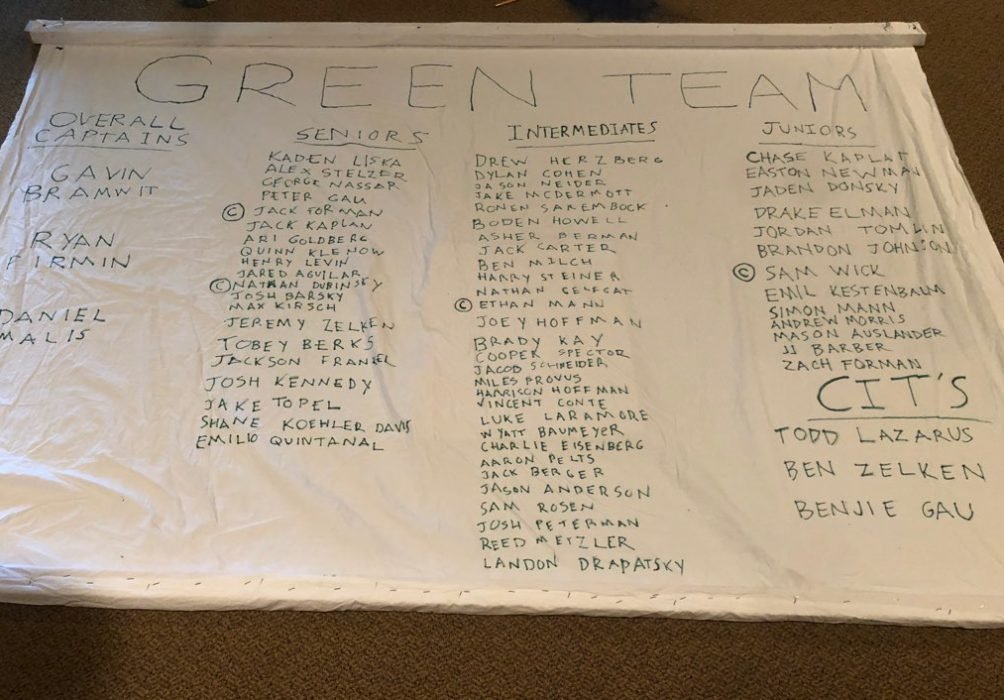 Good evening everybody! We’ll have a podcast posted tomorrow to go along with The Word, but in the mean time, enjoy this recap of the day from the man himself, Woody!

I like to think that camp makes a lot more sense than that famous gobbledygook above. Here’s what I know: I know that camp is a great place to be, and I know that I am glad to be here for a while to help out and inspire the boys to one final effort as the camp summer winds down.

And what a wonderful time to be here. Green and White, our colour war, started this evening with what appeared to be a battle on the beach between the Wheetons and Greenians. As the story of the Green and White legends was being told around the campfire, and the victorious White captains from last year celebrated on the beach, the defeated Greenians from last year came upon them from the great Sand Sea. Taken by surprise, the White legends fought bravely to repel the Green invaders, only to be interrupted by the narrator who told us all that the only way to solve this argument , this battle for colour supremacy, was to enact Green and White for 2018. Oh how the crowd cheered as the new captains were chosen and branded. Then it was the turn of their respective armies to find out which team they would be on. That was revealed by the unfurling of the great Green and White sheet on the side of cabin 14.

Having established the teams, the cheers began. The Whites seemed more confident at this point, and so it proved as they took the Cheer Off by a score of 2 to 1.

Before all that we did enjoy some competition against the boys from Camp Timberlane this afternoon. Tradition has it that when we play Timberlane, it rains, and although we started in glorious sunshine, tradition was not going to let us down. So it came as no great surprise when, mid-way through the afternoon, the heavens opened and that was the end of the competition.  Maybe next year we will get a rain-free day to play Camp Timberlane. Maybe.

And so ends our penultimate Monday. With still so much to do, I’m glad that all is well, so we can all safely rest.
Goodnight everybody.
As ever….WOODY!