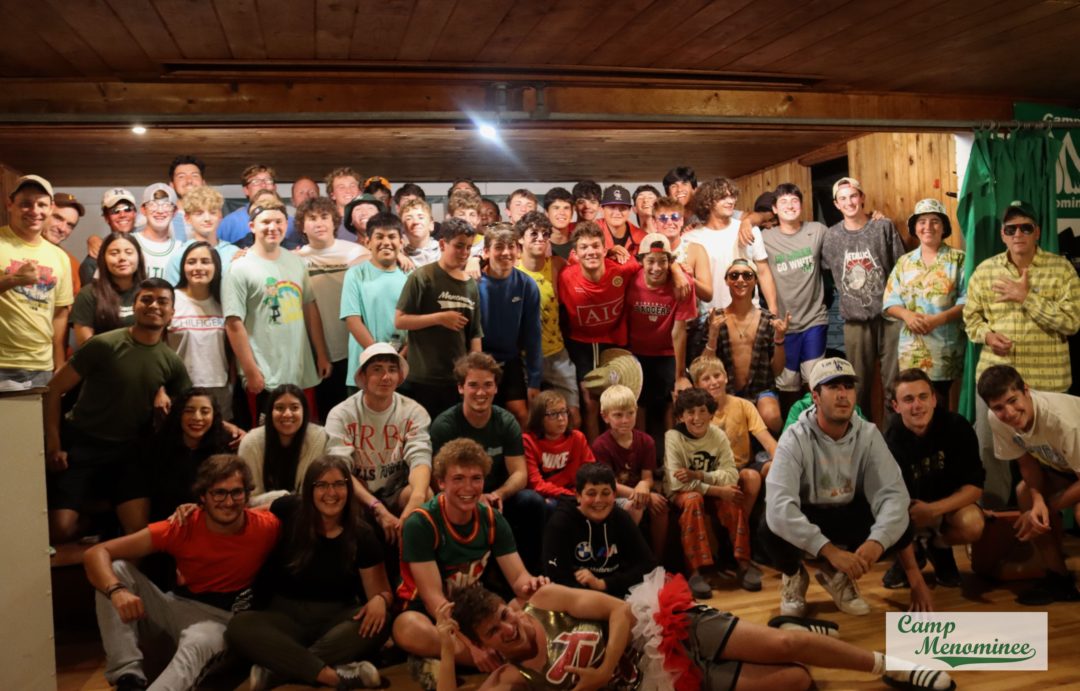 “I have survived to middle age with half my wits, while thousands have died with all theirs intact. Evidently, quality of wits is more important than quantity”. (Claudius, on being called a half-wit)

This morning was a special time indeed as we dedicated diamond two on the athletic field to our erstwhile owner and director, Steve (Kanefsky). Steve is up in the North Woods with his wife, Bari, and daughter, Eva, and this recognition was to honour his 30+ years of service and leadership to Camp Menominee. Steve was (is) a big softball guy, and from here-on-in diamond two will be known as Kanefsky Park, complete with a sign that looks just like the one that used to adorn the old Comiskey Park in Chicago.

After the speeches and pictures it was back to business for the rest of the camp as we got into King of the Camp, race for the Goblet (the trophy). The Knights have been leading the way for the most part thus far, but it is now the Dragons who are making a late surge for glory. We will continue this tomorrow, including basketball under the lights.

I’m writing this as Rock Band is taking place in Wasserman Hall. This is a campfire (we call all our evening happenings in Wasserman Hall a campfire, even though there is no fire), that is open to anyone who has a talent for music. They might play a musical instrument: they might sing: they might even dance, but whatever it is they do it will be applauded and enjoyed. I have just watched a little bit of the show, and I caught the guitar playing and dancing part, and then two Intermediate boys sat on stage and sang to a backing tune. I have always admired those that can play a musical instrument. I ought to have learnt the piano, but time has passed me by on that one, so for now, I will just appreciate the skills and dexterity of those who have more patience for these things than I have.

The rain has stopped, and the air is cool, so we will be walking out to the Way once we are done with Rock Band. This will be the delayed Way from Sunday evening when the rain put paid to any further activity that night.

Fun fact of the day: two big fish were caught off the fishing dock this afternoon, and that doesn’t happen very often. It led me to pose this question to the group: do we catch the fish, or does the fish catch us. It sounds like something out of Dr Zeuss, but not something that is going to keep me awake anytime soon.

Despite the rain on two out of the last three evenings, all is well, so safely rest.