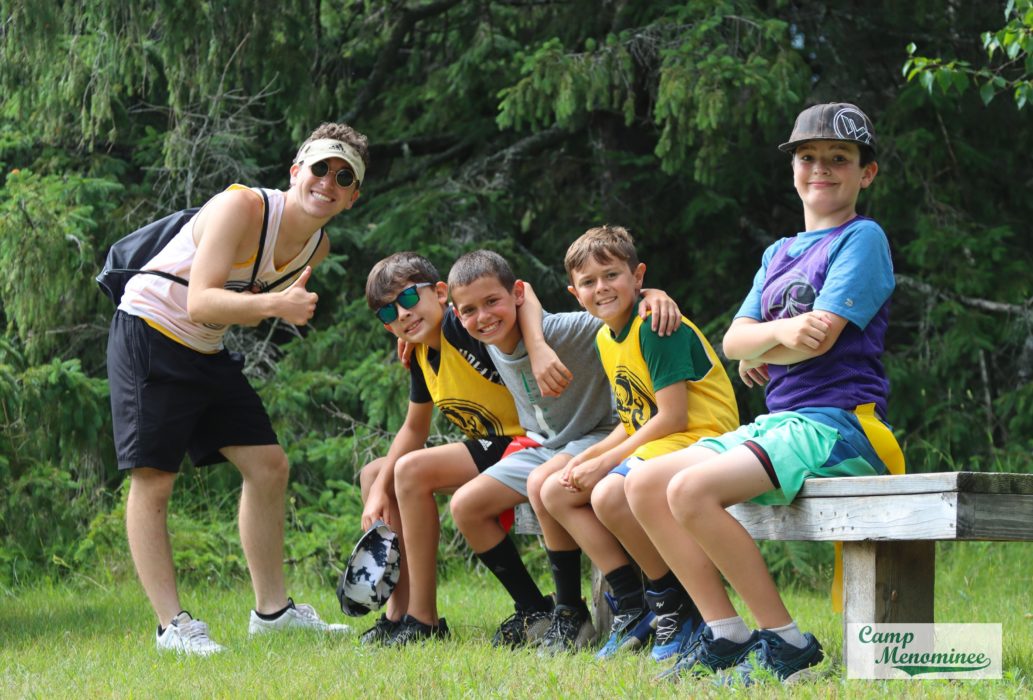 “The time to make friends is before you need them”.

Town Day yesterday was cut short by a storm. The ski show had to be cancelled as the thunder and lightning rolled in, and day turned to night. But no worries: we’ll get them in the second session. We came back early and did movie night instead, while the staff had a staff meeting.

Our last Monday of first session was all about pin testing and King of the Camp. That took up all day (and there will be more tomorrow), so the boys earnt some free play this evening. We did an early Canteen, which gave cabin’s 1,2, the Senior Cabin and the CITs the opportunity to board the vans and head over to Camp Ojibwa on the other side of Eagle River. Tonight is the staff softball game between the two respective camps. I have no update on play at the moment, but I’m sure it will be a fun one to play in.

The rest of the camp is in Wasserman Hall doing ‘Change the end of a Movie’ campfire. What it will turn into of course is Imitation Night, but that’s ok. I will go with whatever makes the boys laugh. The stage in the evening is made for those whose talents lie beyond the sports fields, and we have many boys like that.

The rain is back as I come to the end of this Word. It will be a cool night to sleep. It’s just as well that all is well, so let’s all safely rest.